Quadroguards are a class in CrossWorlds. They are associated with squares, the color blue and the Cold Element. They represent the Virtue of Endurance. 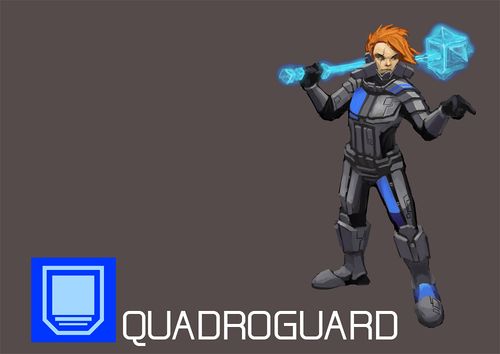 Quadroguards are a tank Melee class mainly based around absorbing damage. They are designed for a highly defensive playstyle, and are typically used to block enemy attacks and protect their weaker teammates. With both melee and square-shaped VRP, they can land very powerful attacks, but are very slow in doing so.

The Stats of Quadroguards are not directly mentioned, but it is likely that they have high Defense and Health when compared to other classes. Their weapon of choice is a mace, which is typically wielded in combination with a shield.

Most quadroguards wear square shaped horns in the chin and use the color blue in their clothes.